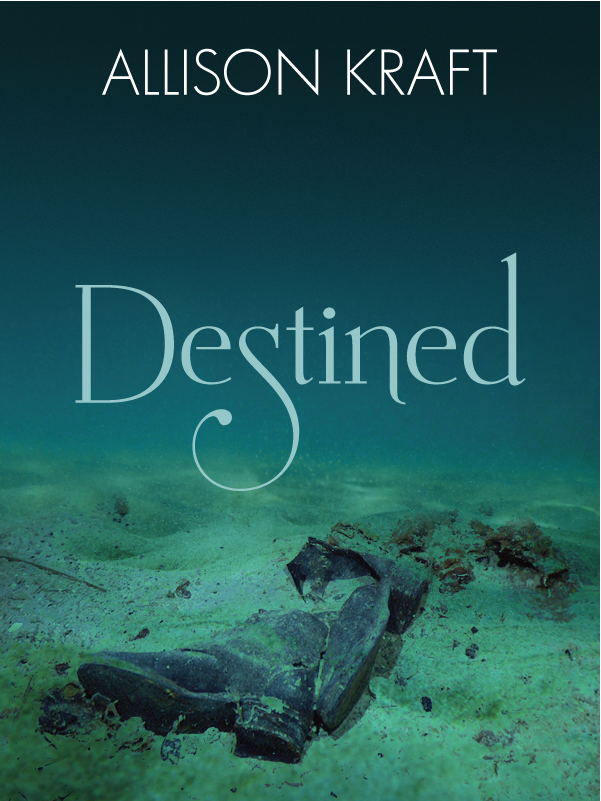 "This book surpassed every expectation I had for it. Often times when we think of the Titanic, we forget that these were real living and breathing people that died horrifically. Destined really does it justice and makes your heart ache. Allison Kraft is an amazingly talented writer." - 5 stars from Darcus, Starcrossed

"Kraft not only brings her characters to life with a great plot but also paints a picture of what life on the Titanic might have been like. I laughed and cried while reading this thoroughly enjoyable story." - 5 stars from WildAboutBones, Bitten By Paranormal Romance

"Ms. Kraft puts a wonderful twist on paranormal romance and history. It was a great read!" - 4 stars from Sharonda at Salacious Reads

While flying over the Atlantic on the centennial anniversary of the Titanic's first and final voyage, Apolline Greer, last in a long line of vampire hunters, finds herself suddenly transported from her airliner cabin to an eerily familiar ocean liner cabin—as well as an entirely unfamiliar body. Upon discovering that she is, in fact, on the very ship she's been fascinated with for most of her life, and in the body of her great-great-grandmother, Noelle Greer, she knows there's only one thing to do: get off as soon as possible. There's one last port of call, and she is determined to disembark as soon as the ship docks in Queenstown.

But whether by destiny, freak coincidence or a really vivid dream, Apolline finds that her trip back in time comes with three very good reasons to stick around: Alexander Walker, a handsome and charming young man who turns out to be a fellow hunter; Cristof, the vampire that has tormented her family for generations and very likely killed her own mother; and Sasha, Cristof's mate and the vampire Noelle was sent to kill. The desire to prevent her mother's death and get to know another vampire hunter, combined with her feelings of professional obligation, is too much to resist.

Time, however, is not on Apolline's side. The Titanic is on a collision course with destiny, and she only has four days to complete her quest. What seemed like more than enough time at the start quickly becomes too short as she finds that hunting vampires on a luxury steamship is much more difficult than she expected. Sasha and Cristof become more elusive as each day passes, while her feelings for Alex become increasingly complicated. As that fateful night approaches, will she regret her decision to stay and witness history first-hand?